Don’t Even Touch it! 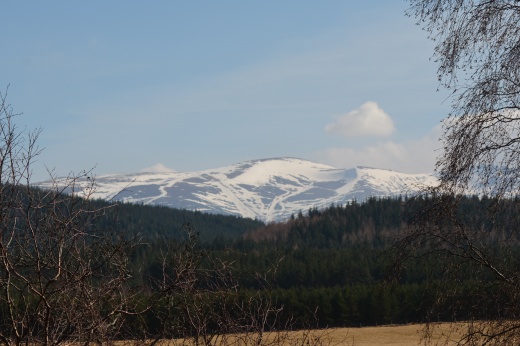 Have you ever wondered why Jesus always seemed to be most critical of religious people, especially those who put a “hedge” about the Law? I suspect that the answer lies back in the book of Genesis. Back then there was only one law given and that was not to eat of the fruit of the tree of knowledge of good and evil. This law was given to Adam before Eve came on the scene. So he had the responsibility of passing on this instruction to Eve. But in chapter 3 when Satan asks Eve “Did God really say, ‘You must not eat from any tree in the garden?'” It would seem from Eve’s reply that Adam put a hedge around God’s instruction because she tells Satan “and you must not even touch it, or you will die.” So Adam must have added the instruction not even touch it. Did he mean just not to touch the fruit or the tree? But Eve seemed to have taken it as the whole tree. Now Adam was without sin at that point so in adding a hedge around God’s instruction was not sin itself. However it gave Satan an opening to put doubt in Eve’s mind. There is a parallel today in our health and safety culture in Western society, where by being risk averse it brings the opportunity for ridicule when absurdities of safety rules are pointed out. Forgetting how many lives and injuries have been prevented by the same rules. Putting a hedge around a law seems a sensible thing to do, but hedges grow, and then instead of questioning the hedge Satan ends up by questioning the law itself. The hedge instead of protecting the law becomes the means of its breaking. As a result sin came into the world.

By the time that Jesus started His ministry the Jewish religious establishment, as a reaction to the events that brought about the Babylonian exile, had developed their own interpretation of the law. Hedges were built up around every law but they also devised loopholes to get round them as well. Jesus ruthlessly exposed their hypocrisy time and time again. Jesus never broke the law, but he continually broke their interpretation of the law. As a result they began to plot how to kill Jesus. And in so doing they brought about the very thing that had been prophesied in Genesis chapter 3 that “the seed of the woman will crush the serpent’s head.” Which, of course, was a consequence of putting a hedge around the first law of not to eat the fruit of the Tree of the Knowledge of Good and Evil. Because of Adam’s hedge Jesus would have to die in the cross. No wonder he hated the other hedges of the scribes and Pharisees. Yet when we give instructions to others how often do we not add a similar injunction:- “So, don’t even touch it!” Life is full of well-meaning things that have unfortunate consequences.

I am a Bible believing Christian, brought up in the Brethren Movement, and now find myself associating with charismatics even though I do not always agree with them. I am in full-time employment. I have interests in history and photography amongst others.
View all posts by davidgrose →
This entry was posted in Christianity, reflections, Uncategorized and tagged Christianity, Easter, faith, the Cross. Bookmark the permalink.