You Don’t Know What Have Until its Gone. 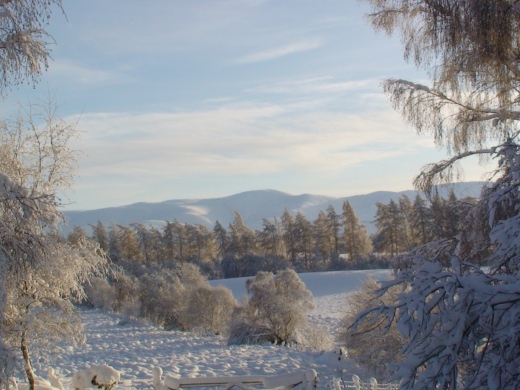 I took this picture several years ago during a very cold and snowy winter. But it would be difficult to repeat it now. Not just because there is a lot less snow. But also because the land this side of the fence has changed hands and been bought by the neighbouring householder and contractors have been fencing it off with head-height timber and felling some of the trees either side thus all but ruining the view for the general public. It seems that the line from the old Joni Mitchell song that “you do not know what you’ve got until its gone” is suddenly very appropriate. True, one could still take a picture from the other side of the gate, but what one would not have are the trees that frame the shot. It is a shock when something you think as timeless suddenly comes to an end. Even so how many times have we been aware of a time limitation only to realise too late that the time has passed. Like vouchers which are often given out like confetti. Occasionally you are reminded of some voucher that you have been given only to find that it had expired or that the conditions did not apply in your case. But there is one offer that is time limited which we need to take up before it is too late. And that is the offer of salvation which Christ paid for on the cross. We have to repent and accept what Christ has done for us, and we only have this life in which to do so. Get right with God now and do not leave too late.