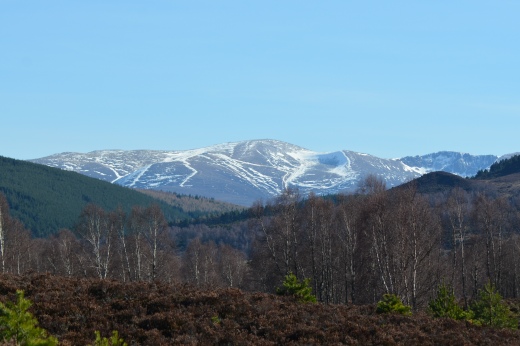 The origin of this Cairngorm Musing was a thought which dropped into my head whilst reading the Scripture some time ago. It was the passage concerning Jairus’ daughter and the woman with the issue of blood. It is recorded in all three of the synoptic Gospels with the most detailed account given in Mark chapter 5 verses 22-39, with the account in Luke chapter 8 verses 40-56 being only slightly shorter. It is generally accepted that the woman with the “issue of blood” had probably got this as a result of childbirth. Luke’s version states that she had been suffering with this for about 12 years which was also the approximate age of Jairus’ daughter. The thought that arose in my mind was could the woman be the mother of Jairus’ daughter? The immediate reaction to this is that if this was the case then Scripture would have said so? Another objection would then be, why did not Jairus ask Jesus to heal his wife as well as his daughter? On the other hand the implications to a synagogue leader having a wife who was ceremonially unclean would be very serious for the daughter as well as the parents themselves. Could her illness in part be due to her pining for her mother?

To settle the first question all you have to do is find evidence from the three accounts that Jairus’ wife was at home caring for the daughter. However, only Mark’s account mentions that Jairus’ wife was actually present, but only when all the mourners had been ejected is she mentioned as being with Jesus when he entered the child’s room. This implies that she was outside of the room when Jesus arrived, if not outside of the house altogether. You would expect a mother to be beside a dead or dying child. Unless she was ceremonially unclean and forbidden to come anywhere near the synagogue leader’s house. So far this neither proves nor disproves my question.

As to the second question to answer this takes us away from the narrative of the story itself. If she was Jairus’ wife, then why did he not ask Jesus to heal her earlier? I think the answer to this lies with the fact that her condition was a chronic condition, but it was a condition she seemed to be able to live with. It had become part of the furniture, so to speak. So when the daughter became seriously ill, because it was a new situation he sought out Jesus to help. How often do we treat nagging chronic conditions as something we have to suffer, yet ask God to heal newer symptoms? Even when they might be linked to the underlying cause of the chronic condition.

Another point is – is the daughter an only child? In those days large families tended to be the norm. Would Jairus approach Jesus to heal her if she was just one of many siblings? Though the lack of any specific mention of others does not exclude the possibility of other children. Even so, elders tend to be risk averse and it would be more likely that she was an only child, for Jairus to pushed to ask Jesus to heal her. Of course, if the woman with the issue of blood was the mother she would be unable to have other children because of both her condition and uncleanness.

On the down side is the failure of the gospel writers to make the connection between the two healings. I suspect the disciples themselves might have found it rather hard to reconcile the unclean invalid first called forth by Jesus out of the crowd and fit and ‘clean’ woman seen cooking a meal for her daughter. It could have been that after the woman was healed and walked towards Jairus’ house that she was transformed as she stepped out in faith and became unrecognisable compared to what she had been a few moments earlier. Mark’s Gospel states that after the news of the girl’s death reached them Jesus asked the other disciples to hold back the crowd, thus Matthew would not have been present at the raising of the daughter accounting for his shorter version. Peter, James and John went ahead with Jesus and then had the job of evicting the mourners. They too would not had been looking at the woman during this and found it hard to believe the positive change in the woman. That might explain part of it. Another factor might have been the reluctance to identify the individuals concerned because of the increasing risk of persecution.

I am a Bible believing Christian, brought up in the Brethren Movement, and now find myself associating with charismatics even though I do not always agree with them. I am in full-time employment. I have interests in history and photography amongst others.
View all posts by davidgrose →
This entry was posted in Christianity, reflections, Uncategorized and tagged Christianity, Jairus, Jairus' daughter, woman with the issue of blood. Bookmark the permalink.