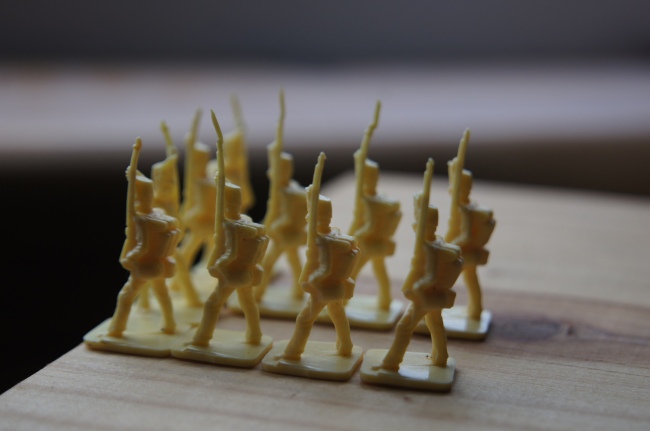 In the 1920s in some far-flung part of the British Empire a Sergeant Ewan was drilling his men. One of the sides there was a precipitous drop. As the men marched back and forth they found themselves marching towards this edge, the sergeant delayed the order for the about turn, as the edge drew near the men began to fear, as the leading men were about to step over the edge he barked the command, “Repent!” The men immediately did a 180 degree turn. Later the sergeant addressed his men and told them that they now knew the true meaning of repentance – a complete about turn. This story was told to me by the sergeant’s son Edmund Ewan.

When Peter responded to the crowds at Pentecost he told them “Repent and be baptised.” Yet today the word repent has all but disappeared from the vocabulary of evangelists as what is often termed “easy believer-ism” has become prevalent. Potential believers are urged just to say a version of  the sinners’ prayer. But if you don’t mean the words you say when you pray then you are, in effect,  bearing false witness and committing another sin. There has also been a rise in the debate of whether or not a believer can lose their salvation. Could the two be connected. It is often questioned when somebody falls away from the faith whether they were truly a believer in the first place. I consider this a valid point.

Returning to our original analogy, suppose a soldier instead of doing a 180 degree turn and only did a right angle  and marched along the precipitous edge. He might justify his actions by stating that he had made a change in direction. His drill sergeant would have told him otherwise. If we are going away from God and he commands to do an about turn so that we come towards him, a 90 degree turn is not what God wants. We know we are going in the wrong direction but refuse to accept that God is right, so we make changes but not what God actually wants. It might be a start in a journey that leads ultimately to repentance.

Again, suppose a soldier realising that he was in danger if he continued in the way he was to do a 180 degree turn but after he marched a couple of steps back from the edge stopped and marched on time on the spot. Like the seed that fell on shallow ground there seemed to be a positive response but when he begins to count the cost his enthusiasm disappears. This is less than true repentance. In truth most of us when we  when we become Christians we have areas of our lives that initially we are reluctant to change and our repentance is less than complete. Sometimes the Lord will allow us to continue in some areas of our lives as before, such as hobbies and enthusiasms, for several years before challenging us on them. here the sin is not so much that something inherently evil, but rather more that something has become more important out of all proportion. When this happens we create an idol. Now God gives us gifts and talents, which it is right and proper for us to use. The danger is that we can think that these talents that we had before we became Christians are somehow sinful and we  must turn our back on them. Indeed, from listening to people’s testimonies over the years, the Lord may ask a believer to lay aside some interest or another for a season, only for the Lord to tell them again later to use it.

Another aspect of our Christian life that can be alluded to from this illustration is the fact that our walk is rarely as steady as a soldier on the march. We tend to hesitate and stumble from one issue to another. We should not be surprised at our failings and those of others, yet at the same time we should not be satisfied with our shortcomings. The failings of one who has genuinely repented can easily be confused with those with those whose repentance is only partial. I believe the Lord knows the difference because he can see our hearts. He knows when “the spirit is willing but the flesh is weak,” and when we are faking it. It is a fact that our old sinful nature will resent obeying God’s commands. There is an old hymn that has the line – “Trust and obey for there is no other way, to be happy in Jesus but to trust and obey.” As a teenager I can remember having a problem with the word “obey” and thinking whilst singing this hymn – “Are you sure, Lord?” I had to come to the conclusion, however reluctantly, that there was no alternative.

I am a Bible believing Christian, brought up in the Brethren Movement, and now find myself associating with charismatics even though I do not always agree with them. I am in full-time employment. I have interests in history and photography amongst others.
View all posts by davidgrose →
This entry was posted in Uncategorized and tagged Christianity, Repentance. Bookmark the permalink.